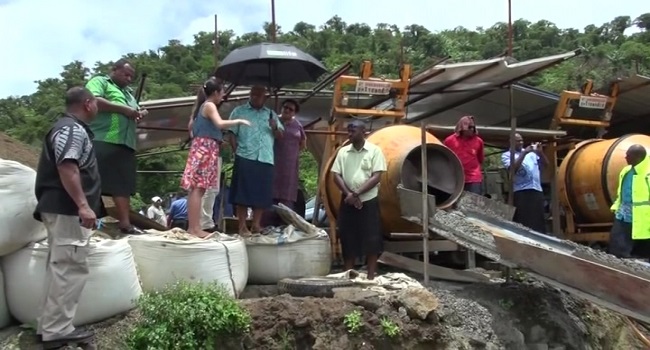 Contractors for the new Somosomo Mini-Hydro dam in Taveuni are working round the clock to complete the construction works.

Construction work started in July of 2014 and works were to have been completed in 16 months.

Prime Minister Voreqe Bainimarama was to have commissioned the dam during his recent Northern Tour – but this did not eventuate.

The Deputy Director Operations for the Department of Works Manasa Lesuma says there is alot more work that needs to be done before the dam is ready.

“We are working closely with the Fiji Electricity Authority because it is a set-up that will eventually will be handed over to them, so there is alot of work that needs to be done to ensure that the work that the Chinese Contractors are doing complies to FEA’s standards.”

The completed dam is expected to be commissioned by the Prime Minister in March this year.

We're not around right now. But you can send us an email and we'll get back to you, asap.